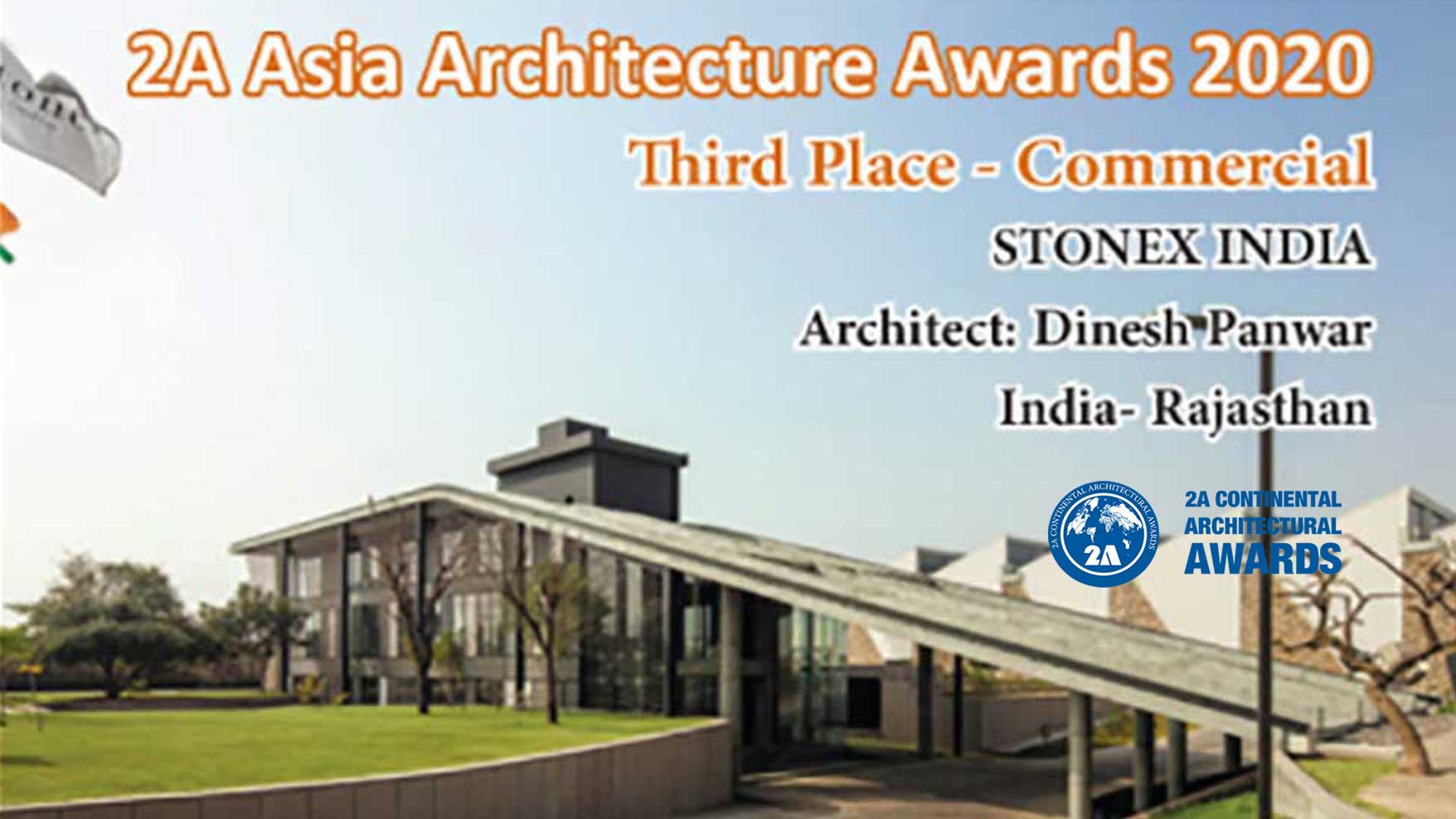 Stonex India has been the pioneers of setting a benchmark in the stone and marble industry, the quality of their finish and work has set a paramount of its own.

Stonex India’s Industrial and Administrative Complex in Kishangarh is designed with an unconventional approach in the Segment of Industrial Architecture, where they not only believe in designing a well-functioning factory as their prime focus but also focus on increasing the productivity by developing a more dynamic environment, all composed together in an aesthetically entreating building which respects the natural textures of the stone as well as it gives back responsibly to the surroundings by inclusion of its sustainable and green practices.

The building design is evolved around the concept of mutually respecting the surroundings and nature. The administrative building was placed in a linear manner on the site such that no trees were harmed, creating a lap of nature for the admin building to perfectly sit in, ornamented further with punctures in the mass creating a sunken courtyard and amphitheatre. Furthermore, the building was designed to be partly below the ground which gives a sense of a contour emerging out of the terrain which is further glorified by the Green roof terminating into a ramp establishing a seamless silhouette.

The admin so designed helps in combating the harsh hot and dry climate of Rajasthan, the partly sunk built mass stays cool during the summers and warm during the winters due to the natural phenomenon of Earth Berming and earth coupling. The green roof with vegetation climbing along the sweep of the roof additionally helps in keeping the building cool.

The façade envelope of the Admin building is stone screen which was fabricated using waste stone from the nearby quarry and stone wastage generated on site. Due to site limitations and access roads we had to orient our building in the east west orientation but the architect decided to turn the limitation into strength and designed a north light truss system with the sloping side oriented towards south at a perfect angle of around 23 degree which is the regional solar angle.