For years, industrial architecture has been synonym with dusty outskirts of the cities, unplanned warehouses, heavy traffic during the season and lack of green spaces. No thought has been given to the aesthetics of the building, making them look like mere containers for industrial activities. Though the context provides a perfect setting for a path breaking architecture, that option has seldom being explored due to budgetary constraints and lack of will to do so. But things are changing for good.

When L T FOODS PVT LTD. decided to renovate and extend its existing office building inside their production facility, their brief was quite simple and clear. An open workspace for all, including the directors, managers, staff and office boys, where they all can communicate visually with each other. They wanted an office building with a lot of greenery, natural light and ambience that can drive people to perform better.

But the challenge lied in the existing 10,000 sq. ft. office building which was closed like a cell with vehicular roads on all four sides, making it impossible to breathe.

It all started with the thought of dismantling this structure and come up with something new to meet the current requirement and challenges, both spatial and psychological. Since it was a framed structure we thought a lot can be done within this existing footprint and probably add another three to four thousand sq. ft. building in the front to add their requirement of a gallery space which can showcase their history, achievements etc, a conference room, some visiting directors and a lunch room/ training room.

The challenge lied in marrying the old and the new, the context (industrial), the existing structural grid and the time frame to complete the project (9 months).

We started by puncturing the existing building and the entire space got filled up with natural light and landscape. The central court with water body worked as a pivot around which the entire circulation was worked out, both horizontal and vertical. A flat R.C.C. slab with M.S grating steps provided the required vertical connection and the managing director’s room was opened up on the north side in spite of the room being on the south west corner of the building. The two terraces on either side on the first floor were converted into introvert courtyards while the façade bears the same industrial sheeting to merge with the context.

The porch was converted into the reception on the ground floor and the physical connection between the two buildings on the upper level.

The new building unlike the previous one splits itself into a curved plane and spaces itself from the three identical exposed R.C.C blocks, connected with each other with a metal bridge on first floor to complete their requirements.

The landscape buries the built form to give another dimension to the usual landscape around it. 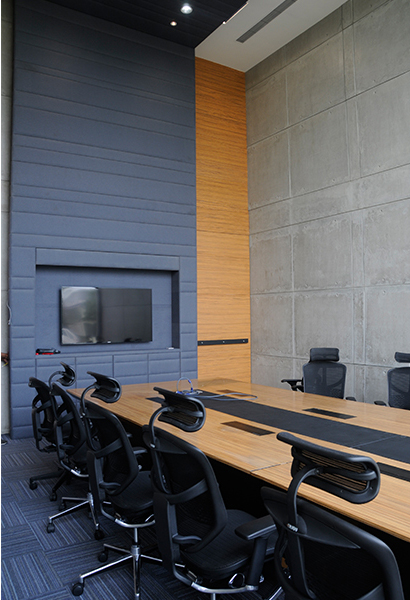 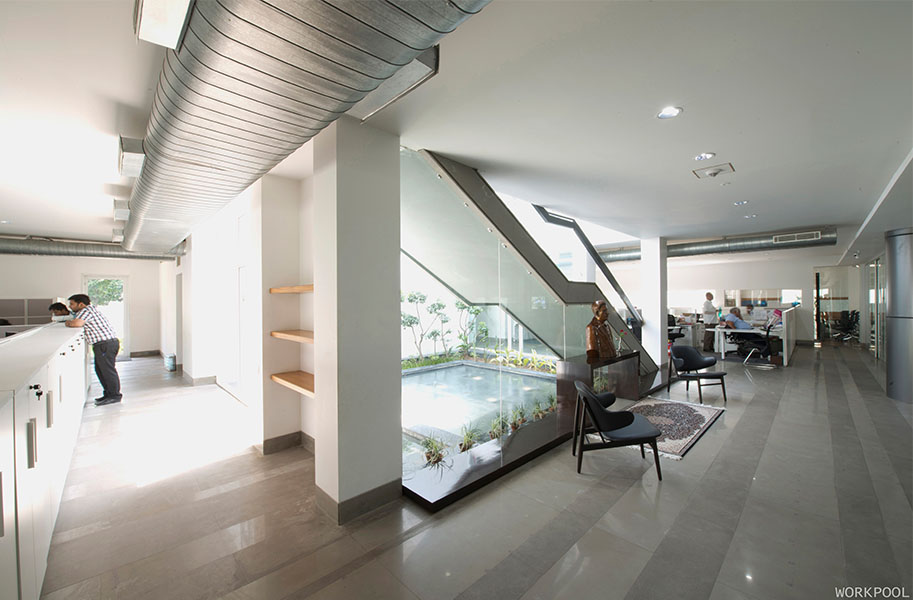 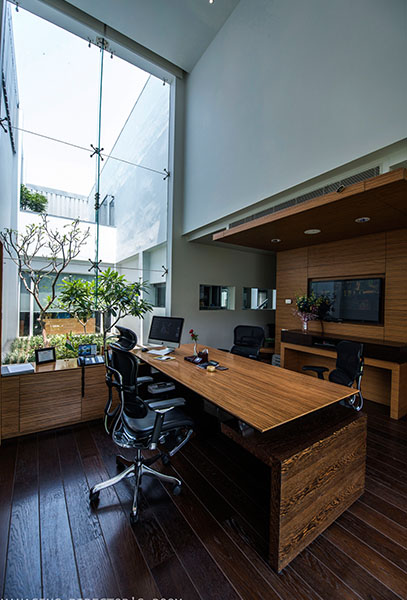 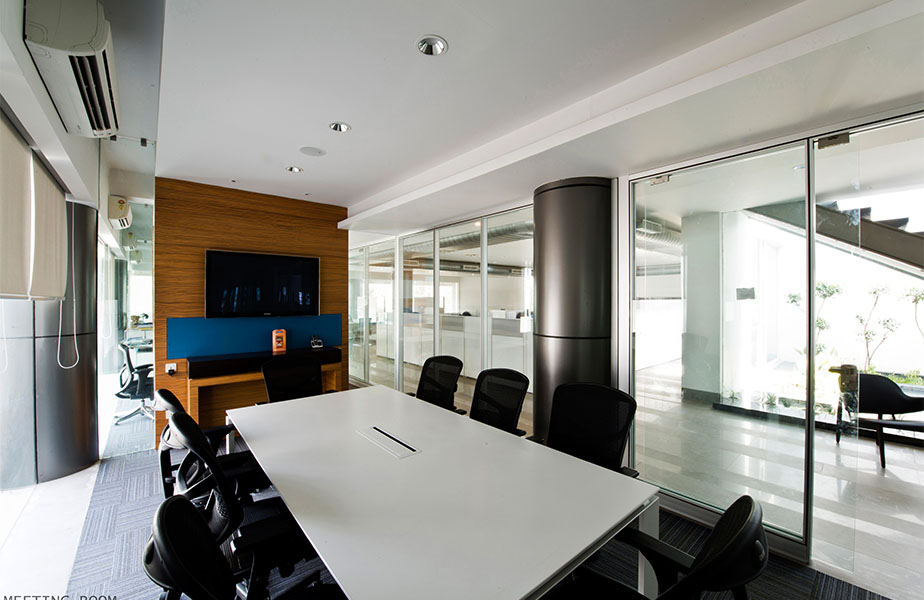 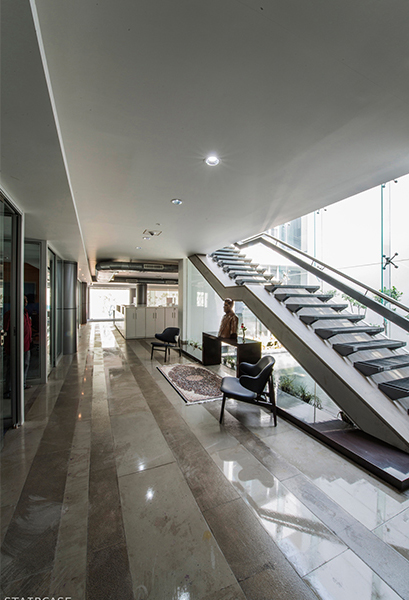 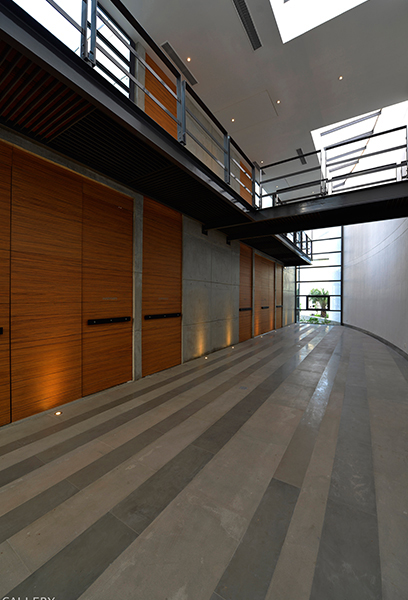 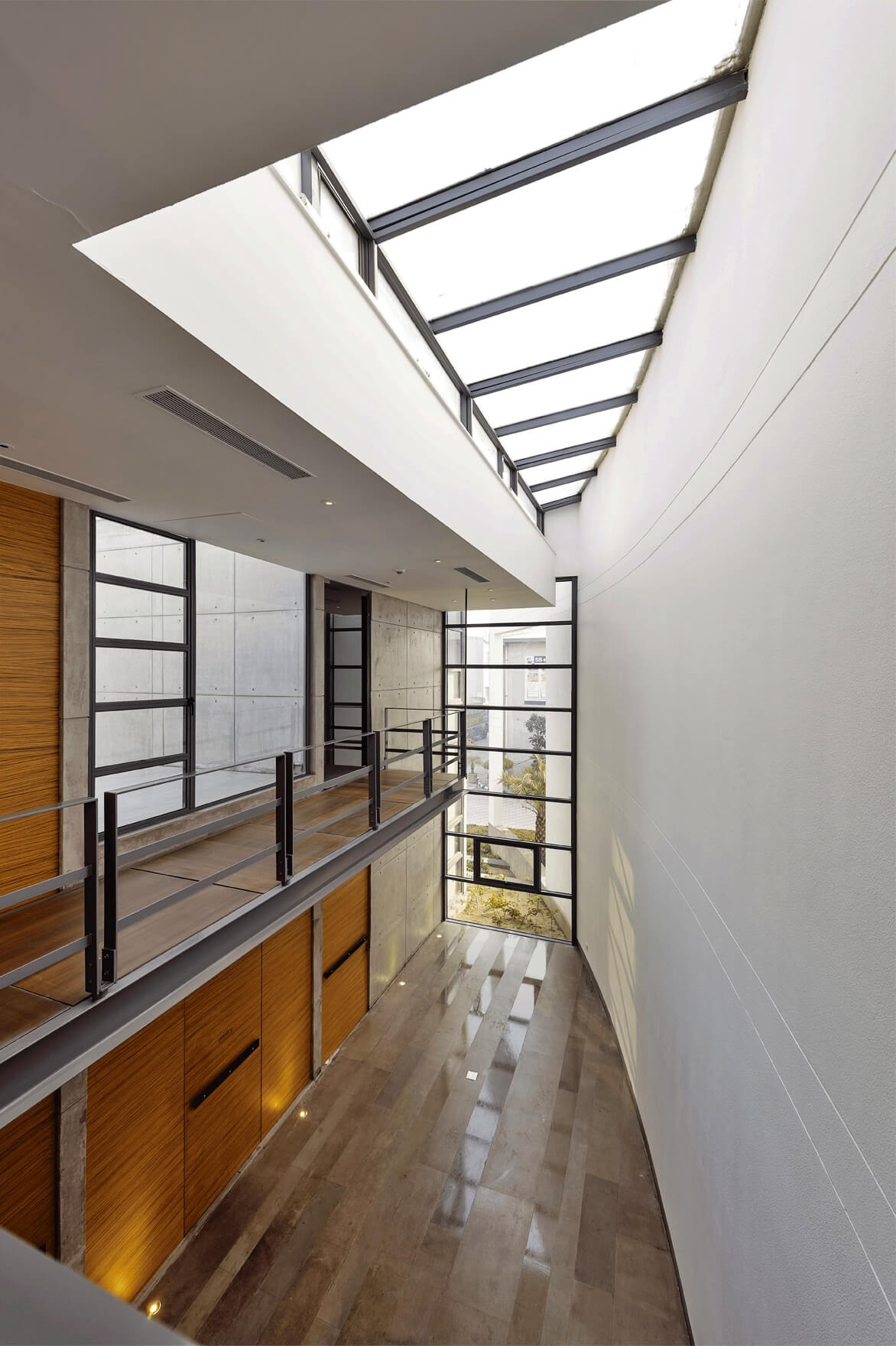